NFAHW Council Board of Directors and Advisory Committee 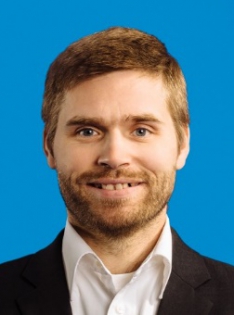 René Roy has a PhD in agricultural economics from McGill University. René is a pork producer from farrow to finish, a dairy farmer and a maple syrup producer. René took over the family business with his brother Mario and runs it with members of his family.

René contributes with his experience on several working groups of the Council, in particular the One welfare working group. As an agricultural producer, he knows how the health and welfare of animals is intimately linked to the psychological health of producers. 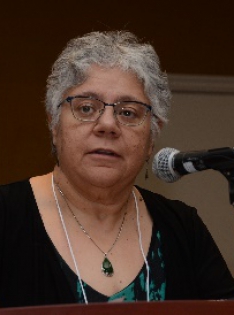 Dr. Hélène Trépanier has been Quebec’s Chief Veterinary Officer since September 2016. She is one of three representatives for Canada’s Council of Chief Veterinary Officers on the Council. Having worked for Quebec’s Department of Agriculture, Fisheries and Food for over 25 years, Dr. Trépanier has been actively involved in the development and implementation of Quebec’s animal health and welfare strategy. She is also an expert in the appropriate treatment of animals.

Dr. Trépanier holds a Doctor of Veterinary Medicine degree from the University of Montreal’s Faculty of Veterinary Medicine (1984) and a Master’s Degree in Veterinary Clinical Sciences from the same university (1987). She also has a Master’s Degree in Rural Economy from Laval University in Quebec City (1995). She is currently a member of the Animal Welfare Committee of the Ordre des médecins vétérinaires du Québec. She joined the National Farmed Animal Health and Welfare Council as a representative of the Council of Chief Veterinary Officers in March 2016. 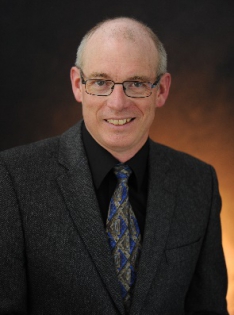 Dr. Jim Fairles is a veterinarian with 23 years of experience in private mixed practice in Mount Forest, Ontario and two years of international experience in China. Since 2004, Dr. Fairles has been employed as the Client Services Veterinarian at the Animal Health Laboratory at the University of Guelph. He has a DVM (1980) and MBA (1999) degrees from Guelph.

Dr. Fairles was elected to the National Farmed Animal Health and Welfare Council in December 2013 and was re-elected in 2016 and 2019. 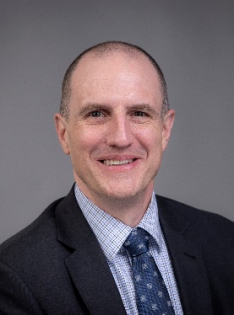 After working in private mixed animal practice in Barrhead, Alberta, Keith joined the Canadian Food Inspection Agency where he worked in various position prior to joining Alberta Agriculture and Forestry in June 2014.  After two years with the Animal Health Section, he was appointed as Alberta’s Chief Provincial Veterinarian in June 2016.

Dr. Lehman completed a two-year term as chair of the Council of Chief Veterinary Officers in December 2018.  He has also been involved with early development of the Plant and Animal Health Strategy, CanSURV BSE, the national Antimicrobial Resistance Steering Committee, and serves as an ex-officio member on the Alberta Veterinary Medical Association Council. Dr. Lehman represents the Council of Chief Veterinary Officers on the National Farmed Animal Health and Welfare Council. 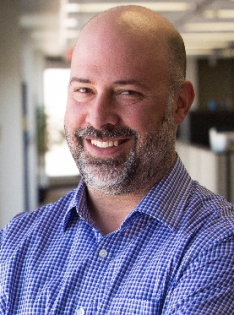 Luc holds a Master degree in Social Science from Université du Québec à Trois-Rivières.  He joined the Federal Government in 2000 and worked in several departments such as Industry Canada, Canadian Heritage and joined Agriculture and Agri-Food Canada in 2005 and has since worked on a variety of files such as rural development, BSE and Growing Forward programs design and delivery.

Luc became the Director of the Animal Industry Division in April 2019 and is involved in initiatives aimed at improving the competitiveness of the livestock sector. Luc took over from Donald Boucher as the AAFC representative on the National Farmed Animal Health and Welfare Council in March 2019.

David Moss is the General Manager of the Canadian Cattlemen’s Association. In the cattle industry most of his career, David’s background includes practical hands-on experience gained in part from running the family feedlot, and custom silage and farming operation, and strategic agribusiness experience from numerous senior leadership roles in the livestock industry, most recently as Co-Founder and Vice President of AgriClear LP an online agri-business marketplace joint venture with the TMX Group and Natural Gas Exchange. David has helped build ranch to retail alliances in the United States, Australia, and South America, and has played an integral role in Canada’s livestock traceability system.  He holds an MA, Leadership Studies from the University of Guelph, an undergraduate degree from the University of Lethbridge and a Project Management masters certificate from York University.  David serves on numerous industry committees and is a board director for Alberta Innovates and Emissions Reduction Alberta.

Colleen McElwain is the Programs Director at the Canadian Animal Health Institute (CAHI) and leads communications, environmental stewardship programming and member services. Prior to working at the CAHI, she worked at the Ontario Ministry of Agriculture, Food and Rural Affairs (OMAFRA) in the area of livestock traceability policy and stakeholder relations. For several years Colleen worked at the Turkey Farmers of Canada (TFC) where she was the lead for animal health and welfare, disease surveillance, traceability, antimicrobial resistance, and applied research. She has participated on numerous national industry and government committees and is a proven relationship builder.

Colleen holds a Master of Science in Applied Behaviour and Welfare and a Bachelor of Science in Animal Biology, both from the University of Guelph’s Ontario Agricultural College. Colleen was elected to the Council in December 2018. 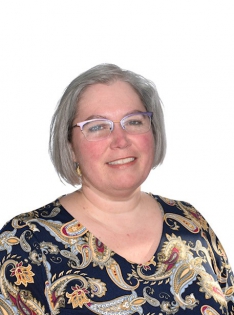 In 2013, Cathy joined the Ontario Ministry of Agriculture, Food and Rural Affairs’ (OMAFRA) Animal Health and Welfare Branch.  Here, she continued to build her knowledge and experience in emergency management as Lead Veterinarian for Planning and Preparedness.  In this role, Cathy was responsible for provincial-level disease planning and preparedness, disease outbreak response and supporting various commodity and stakeholder organizations to enhance their respective emergency preparedness.   Cathy also supported the development of a training program for first responders in Ontario who may deal with large animals.  Cathy has co-led a public service veterinary medicine rotation at the Ontario Veterinary College and supports training and implementation of the Incident Management system in OMAFRA and with stakeholder organizations.  Cathy is a board member of the National Alliance of State Animal and Agricultural Emergency Responders (NASAAEP) and participates in a network of animal health and welfare emergency responders and managers from across the United States.

In July of 2019, Cathy was appointed Chief Veterinarian for Ontario (CVO).  In her role as CVO, Cathy works in partnership with veterinarians, farmers, industry and the community as well as provincial ministries, provinces and the Canadian Food Inspection Agency (CFIA) to support animal health and welfare needs in Ontario.

Cathy lives on a small hobby farm in Rockwood, Ontario which she shares with her family and a menagerie of animals – big and small. 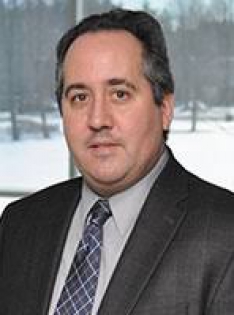 Steven Sternthal is the Director General for the Centre for Food-borne, Environmental and Zoonotic Infectious Diseases with the Public Health Agency of Canada’s Infectious Disease Prevention and Control Branch. In this role, Steven is responsible for leading One Health policy, science, and program initiatives to address food-borne and zoonotic infectious diseases. Steven has over 20 years experience in managing public health issues, many of which are relevant to the work of the National Farmed Animal Health and Welfare Council (e.g. food safety, antimicrobial resistance, emerging zoonotic infectious diseases).  Steven holds a Master in Health Administration from the University of Ottawa and a Bachelor of Science from McGill University in Montreal. Steven represents the Public Health Agency of Canada on the National Farmed Animal Health and Welfare Council.

Dave Taylor is the past Chair of the BC Dairy Association and a Director with Dairy Farmers of Canada.  He is a passionate advocate for the BC and national dairy industry.

He and his brother operate Viewfield Farms in the Comox Valley on Vancouver Island, although the success of their farm lies with all who are a part of the Viewfield team which involves 3 generations.

The Taylors have been the recipients of the Top Quality Milk award for Vancouver Island for 8 of the last 10 years and have been in the top 5 herds for milk quality in the province each of the past 5 years.  They are strong advocates of DFC’s quality assurance program proAction.

In 2008, Dave and his wife Lisa represented their farm in competition in BC, and then nationally in Calgary, where they were awarded the Canadian Outstanding Young Farmers Award.

The Taylors have been dairy farming since Dave’s grandfather bought his first farm in 1946 in Saanichton, just outside of Victoria, BC. They milk 130 registered holsteins.

Marco Volpé holds a Bachelor’s degree in Applied Science from Laval University (2003) and a Master’s degree in Business Administration from Moncton University (2014).  In 2003, he started working in the poultry sector managing health, animal care and environment.  In 2006 he joined the Groupe Westco team and expanded its works in a well-diversified company.  He’s now Senior Manager and he’s involved in the many projects the company has to offer.  He has also been a member of the Ordre des Agronomes du Québec since 2004 and of the Nouveau-Brunswick Institute of Agrologists since 2005.

Marco is a director at Chicken Farmers of New Brunswick since 2016 and has been New Brunswick’s Alternate Director at Chicken Farmers of Canada (CFC) since 2017.  Marco is also a member of CFC’s Production Committee and is a strong supporter of CFC’s Animal Care Program and On-Farm Food Safety Assurance Program.  Marco joined the National Farmed Animal Health and Welfare Council in 2017 as the CFC representative. 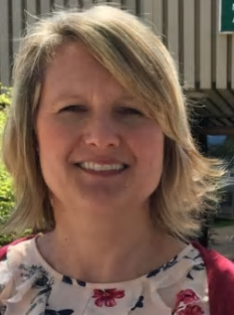 Nicole Wanamaker has a Doctor of Veterinary Medicine Degree from the Atlantic Veterinary College.

Nicole has been a field veterinarian for the last 20 years in the New Brunswick Provincial Veterinary Service.  She has served producers, small ruminant clients and horse owners as well as attending Guernsey and Holstein cattle and other livestock on her own dairy farm.

Now, as manager of the NB Provincial Veterinary Service, Nicole leads a team of 19 field veterinarians to serve producers and clients all across NB.   In this position she has also become the Chief Veterinary Officer for New Brunswick.

Nicole is enthusiastic,  eager and committed to serving her province and the animals and clients that she interacts with.

Mary Jane is a veterinarian and graduate from the Ontario Veterinary College.  Prior to joining the CFIA, she was the Director General of the Veterinary Drug Directorate in Health Canada. Mary Jane has been extensively involved in leading various one health policy and regulatory initiatives.  She has participated in a number of international committees and was the champion of regulatory cooperation with international regulatory authorities, including the regulatory cooperation council initiatives with the US FDA.  Prior to joining the federal public service, she was a practicing large animal veterinarian in Eastern Ontario 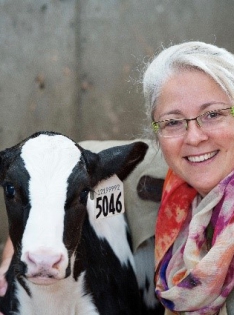 Dr. Marina (Nina) von Keyserlingk grew up on a beef ranch in the Okanagan Valley of British Columbia and is a Professor and Natural Sciences and Engineering Research Council of Canada Industrial Research Chair in Animal Welfare in the Faculty of Land and Food Systems at the University of British Columbia. Her interdisciplinary approach has focused on identifying measures and ways of improving the lives of animals under our care and she is among the first in her field to combine experimental and qualitative methods when addressing animal welfare issues. She has published over 250 peer reviewed publications and has received numerous awards, including the 2018 Hans Sigrist Foundation Prize, administered by the University of Bern, Switzerland, for her outstanding achievements as an international leader working in the field of sustainable food animal production. She was also awarded the American Dairy Science Associations Extension Award in 2018 and Award for Excellence in Dairy Science in 2013. She has received the Award for outstanding contributions to the field of ruminant well-being by the World Buiatrics Association in 2016. 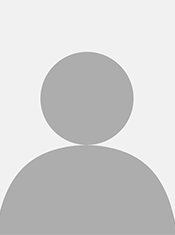 NFAHW Council Board of Directors